Asia and the regions of Asia Continents

Asia is the largest and the most populated continent in the world, and it is very attractive to tourists. Asia is a continent of picturesque landscapes and people of many cultures and races, with a very rich cultural heritage. In this chapter, I intend to discuss the division of Asia into regions, and some places and facts, which would hopefully encourage to travel around Asia. The general division of Asia

Asia is the largest and the most populous continent on Earth, situated in both the northern and the southern hemispheres. In the west the border of Asia runs along the Ural Mountains, the Ural River, the Caspian Sea, the Caucasus Mountains, the Black Sea, the Bosphorus, the Suez Canal and the Red Sea. The southern border of Asia runs through Indian Ocean and the Timor Sea, in the east through the North Pacific and the Bering Strait, and in the north Asia is bordered by the Arctic Ocean.

Asia occupies a total area of 44.579.000km2, its total population is almost 4.44bln, and it will probably grow by another 50mln once I have finished writing this article.

I divide the Asian continent into following regions:

Political division of Asia depends on one’s point of view, because Asia is divided into independent countries, autonomous and special administrative regions, unrecognized states, partially recognized states and self-proclaimed (separatist) republics inside other countries. Official sources indicate that Asia is divided into 48 independent states, but in my opinion this number should be only treated contractually. The political division of Asia looks differently in the eyes of Arabs and differently in the eyes of Jews; although I could give more of such examples.

Besides, it is not certain that the number of 48 independent states will continue to be the case, because in 1991, after the collapse of the Soviet Union 15 new countries appeared on the world map. I suspect that if it came to the disintegration of the People’s Republic of China we could have at least 8 new countries, and after the collapse of Turkey we would have another 2, what means that the map of Asia Minor would also change quite a lot. Map of Asia with division into regions.

The countries and regions which are partially recognized are for example: Taiwan, South Ossetia, Abkhazia and Northern Cyprus, which is by the way recognized only by Turkey. Interestingly, Israel is not recognized by 23 UN members, while Palestine is formally recognized by 138 countries. In Asia there are also separatist states and areas of conflict, so those states which fight for their independence, or which are fought for by independent countries. To those I for example include: Chechnya, Jammu and Kashmir, Kurdistan and West Papua.

Until recently the problem was also in Sri Lanka, where the Tamil Tigers fought for the northern part of the island. Autonomous territories are mainly in Russia and in China but also in Tajikistan, Uzbekistan, the Philippines, Azerbaijan, Iraq and Indonesia. I therefore think that if someone asks how many countries there are in Asia, one can respond in many different ways and still be correct.

The descriptions of each of the regions of Asia and its detailed division into independent countries and special administrative and autonomous regions, can be seen in the specific region sections of Asia above. 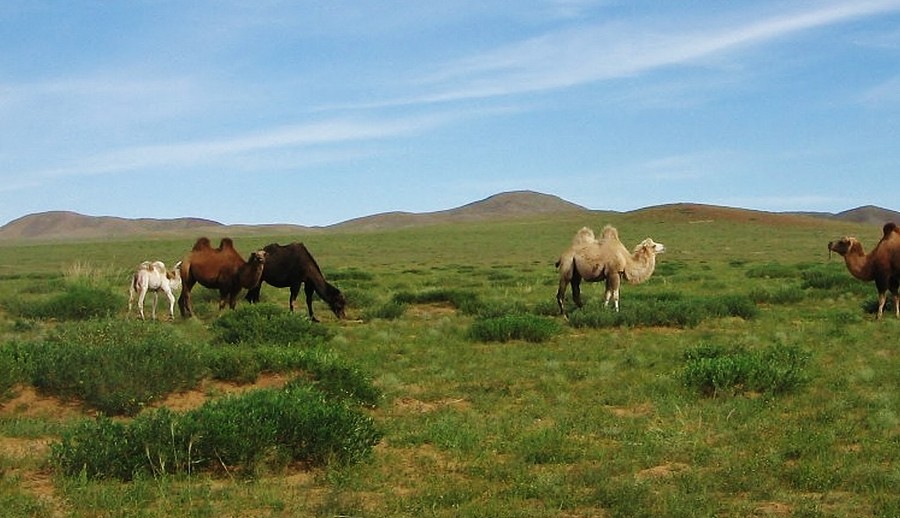 Bactrian camels on the Mongolian steppe.

Asia has a very diverse climate, topography, and flora and fauna. There are areas with the lowest temperatures (Siberia), the highest peak on Earth (Mount Everest), the most populous country in the world (China), the largest lake (Caspian Sea) as well as deserts, tundras, rain forests, taigas, fairy tale beaches and exotic islands with palm trees towards the seas. Each region of Asia is inhabited by people of different cultures, religions and races; and together with all the climatic and geological benefits Asia has a lot to offer.

Asia is the cradle of different cultures, such as: Indian, Mongolian, Tibetan, Persian, Jewish, Arabic and Oriental. Travelllers can find in Asia wonders of the world, such as: Taj Mahal, the Great Wall of China, Angkor Wat and Petra. In Asia there are also the Tibetan Plateau, and the Arabian and the Malay Peninsulas, which are great examples of how cultures, religions and races of Asia may differ from one another. Asia is therefore very attractive to tourists, and a journey through the continent is an adventure through different civilizations, architectures, cuisines and picturesque landscapes.

Asia is a home to approximately 60% of the world’s population, and unfortunately it has a very high birth rate. The most populated is Macau with almost 22000 persons per 1km2, and the least populated is Mongolia where a lot of areas a completely uninhabited, and when on average there are just 2 persons per 1km2. Asia is also the continent of biggest cities in the world, such as: New Delhi, Karachi, Tokyo, Seoul, Singapore, Beijing, Osaka, Shanghai, Bangkok, Jakarta, Bombay and Calcutta.

With huge population grow huge industries, but on the other hand Asia is also a cradle of poverty, disease and social problems which grow faster than the continent is able to deal with. The great urban agglomerations have contributed to the impoverishment of flora and fauna, although fortunately there are still a lot of nature parks which are regarded as the national and global treasure. 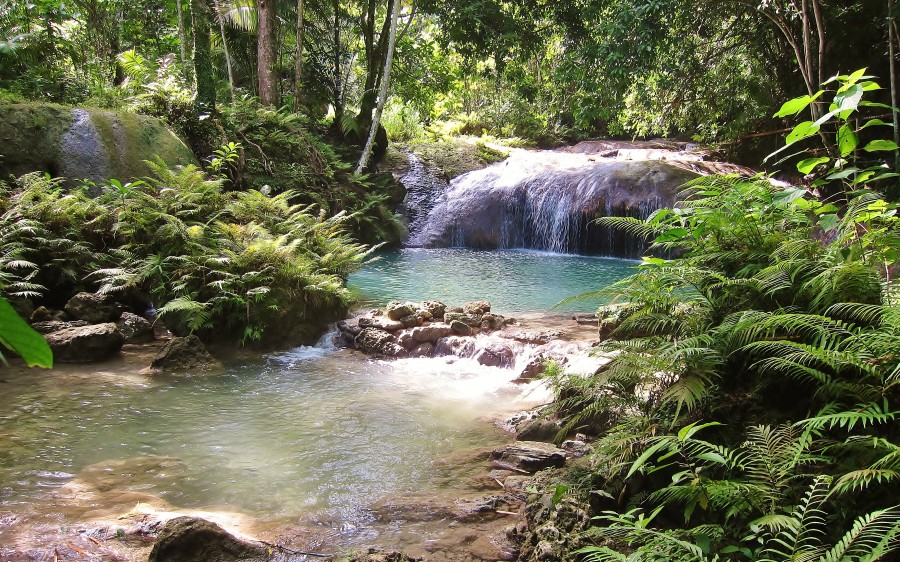 Waterfall in the island of Siquijor. The Visayas, Philippines.

A lot of animals species thrive in the biggest cities among people, as it is easier for them to find food. I’m a great animal lover and therefore to the most interesting Asian animal species I include: tigers (living mainly in China, India, Indonesia and Siberia), panda bears (China), Komodo dragons (Indonesia), snow leopard – irbis ( living in high parts of the Himalayas), Burmese pythons and cobras (living mainly in the Indian Subcontinent and South East Asia), sea turtles (all warm seas and oceans of Asia), gavials (mainly Ganges river), orangutans (Borneo), Manchurian cranes (Japan).

The skillful art of travelling which is meant to be good education enriching one’s soul is to find beauty in every corner of the world, but at the same time to appreciate the beauty and values of one’s own country and culture. My great aversion to multi-culturalism comes from my desire to learn and preserve other cultures and races. I also believe that strong borders help to protect diversity.

(I recommend the specific regions of Asia, where there is more information. The purpose of this article is mainly to outline the location and division of Asia).