I think that rock building in Tajikistan is in harmony with the nature and looks very impressive. From rocks we can build houses, bridges, fences, and all kinds of home improvements. Building from rocks is also very durable, as evidenced by medieval castles in Europe.

The beauty of rock building

When I travelled across the autonomous region of Nagorno – Badakhshan in Tajikistan, I saw that the only material used for building were rocks. I think that it is a very ecological solution, because 93% of Tajikistan is covered by mountains. Partly it is because of the Tajik poverty, although it doesn’t change the fact there isn’t a better material in that part of Central Asia. 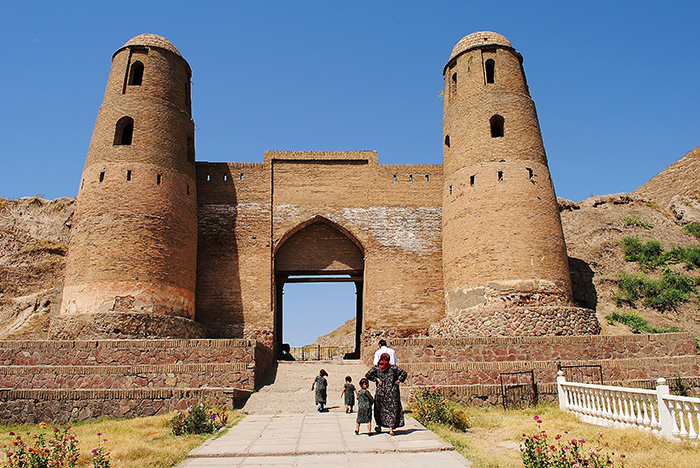 Whilst traveling around the Pamir Highway and the Wakhan Valley I often saw workers throwing rocks on their trucks. The interesting thing is that nothing can waste, because stones are needed in many different sizes and the need for rocks is never-ending. Tajikistan is also not immune to natural disasters, such as avalanches, which also provide building material in large quantities. Rocks are used to build everything, and in fact one of the best examples of this kind of art is in the Gunt Valley and the town of Khorog, on the border with Afghanistan.

They are picturesque villages and entire towns stretching over hundreds of kilometers, which exist in harmony with the nature. Rocks are used not only for building houses but also fences, bridges, playgrounds, fireplaces, benches, stairs and more. Rocks that form houses are usually supported with some cement, while fences are just stones arranged neatly one on another. This is not an easy job, and especially in a country as poor as Tajikistan. The stones are very heavy, and they have to be loaded and unloaded onto the trucks, and they also have to be broken into smaller ones.

All those buildings are very picturesque, ecological and they naturally integrate into the surrounding mountains, forming together a single landscape. Stone building is the most durable way too, because many castles such as those in England have survived 1000 years.

But returning to Tajikistan, over time the rock settlements and fences look even better, because each rock has its natural colour, which blends well with the mountainous environment and even with the weather. If it rains, the colours of rocks also change and whole villages made of rocks exist in a beautiful harmony with the mountains. After some time they are covered with moss and grass, and birds build nests inside the cracks. I also noticed that every stone is like a separate part of the puzzle, forever keeping its originality and character. Unfortunately, I can`t say anything good about bricks or hollow blocks which are all the same, they are ugly and very easy to break. 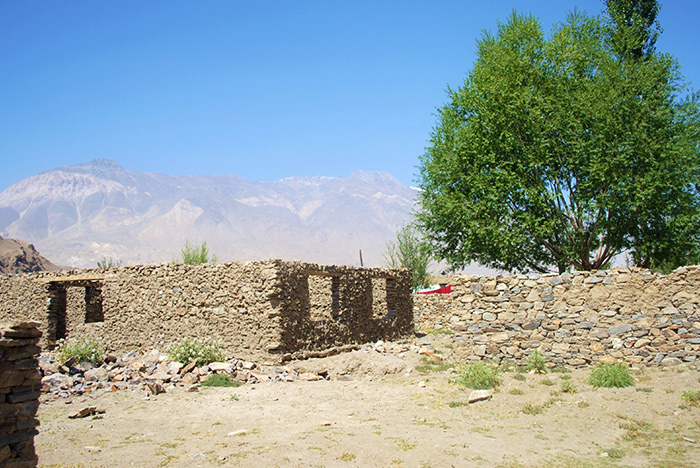 Stone house on the Pamir Highway.

Encouragement to build of rocks

It is extremely unfortunate that the so called ‘building experts’ don’t build of rocks on a global scale in mountain areas, and that it is so rarely practiced. Today we have bricks, metal and tons of reflective glass, which I personally believe to be the components creating architectural garbage. On the other hand rock building in industrialized countries is regarded as a novelty and extravagance, even though this method is as old as the world itself. I also think that every country should stick to its original architecture and build according to its culture and its nature, instead of building glass garbage edging over the sky.

When I was in Iran, in the city of Yazd, I saw a desert city built in the Persian style and only in the colour of the desert. Yazd looked as if nature in the form of a desert storm had built that beautiful city by itself, according to the traditional Persian culture. When I was in Sri Lanka or Thailand I saw houses and fences by the sea built of bamboo, and roofs covered with woven palm leaves, but for example in China I saw only concrete, glass and more concrete.

I wrote this article in defense of traditional way of building in different cultures, and its additional asset based on building with harmony with the local nature. Rock building is also popular in the countryside of England, Ireland and Scotland, what sometimes becomes a local attraction and draws the entire community.