Swastika is an ancient symbol of luck and love, and it is used in most cultures of the world to this day. In Europe, the swastika is associated with Nazism, but in my opinion it deserves a second chance, in its true, good meaning. In this article, I will describe the history of swastika, and the way it is perceived in different cultures.

The history of swastika

During my travels around the world I can see certain symbols which may be understood in a different way than they really should. A perfect example of it is swastika, a symbol in Buddhism and Hinduism which I can often see inside temples and homes in many countries. At first glance it looks like the Nazi swastika, except the fact that the Buddhist one is often reversed. In Buddhist and Indian traditions swastika means happiness and that’s why it is placed on houses to attract good fortune. Swastika as a symbol of luck.

In fact, swastika is the oldest cross and symbol in the world.It consists of four letters “L” which mean luck, light, love and life. Swastikas of different arrangements were found in ancient Rome, excavations in the Greek cities, the statues of Buddha, and other Buddhist sculptures and temples. Swastika was also found on Chinese coins of 315 BC and the Indians used it as an amulet.

Miners in Mexico and Central America believe that swastika is a way of bringing happiness, long life and money to its owner. It is also a way to drive away evil.

One of the first swastikas was painted about 10 million years ago in a paleontological cave, and the same mark appears on coins and pottery of ancient China, India and Greece. Today, when travelling around many Buddhist countries, such as Sri Lanka, Thailand, Burma and many other, swastika still remains a symbol of peace and it is mainly shown in holy places.

I personally find swastika to be a very appealing symbol, which exists in every bigger culture. There is Jewish swastika, Slavic (Kolovrat), Chinese, Ceylonian, Hindu, Maltese, Christian, and Japanese. Apart from that, there is also a swastika which interest me the most – the Slavic swastika. 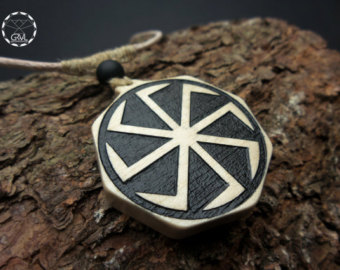 Kolovrat – the holy swastika of Slavic people and a sun symbol.

The swastika, known to Slavic people as kolovrat was a holy symbol to Slavs which had a great importance in the early Slavic culture. The Kolovrat symbolized the never ending fight of good and evil and the circle of life and death, and it was also a symbol of the sun that gives us warmth and life. 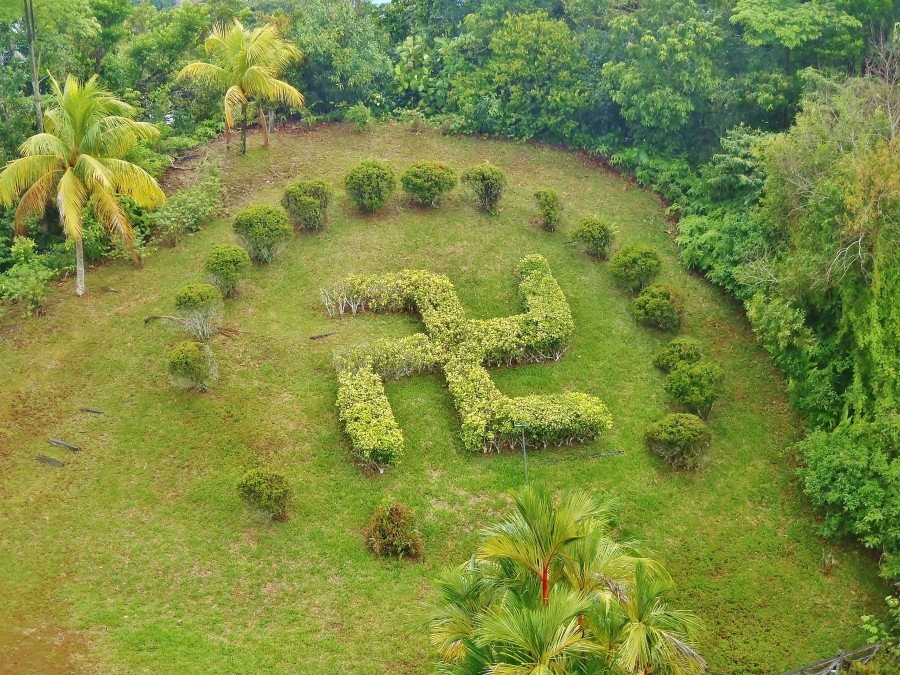 Swastika as a symbol of luck in the area of the Buddhist temple in Sandakan; Sabah, the Malaysian Borneo. As we can see, monks create swastikas also from hedges.

Swastika has been used for centuries as a luck bringing decoration on household items, such as pots and tablecloths. It was also used repeatedly in advertisements (Coca Cola among many). Women have worn earrings and scarves with swastikas for ages. Buddhist monks and Indian boys painted great swastikas on their shaved heads for religious purposes. Swastika was also used as a symbol of good life and fertility. What is really interesting the American air force and the British RAF also had swastikas on their airplanes until 1939, when the swastika began to gain a completely different meaning.

Then during the war RAF pilots and Polish pilots painted swastikas on Spifires to show how many German planes they shot. Swastika in the popular literature; a comic book by Maria Anne Hirschmann titled „Hansi – a girl who loved swastika”. A touching story about changes of a young mind under influence of swastika.

Swastika as a symbol of happiness was also used by Jews, but at some point it became for them the symbol of fear and evil. On the other hand however, according to some people’s opinion swastika also became a symbol of revenge of the German nation for all the wrongdoings done to them by Jews.

At the end of the 19th century the swastika was reborn when a famous archaeologist Heinrich Schliemann discovered a very special cross (swastika) in ancient Troy and then he discovered clay pots in Germany with similar symbols. After combining these two discoveries Schliemann stated that ‘the swastika was an important religious symbol of the German ancestors’. After the First World War many right wing organizations used swastika as the symbol of the ethnically pure state. However, the breakthrough came when the Nazi party formally adopted the swastika as its symbol in 1920 in Salzburg. Soon the swastika was widely used by the Nazis as an effective propaganda tool. It appeared in newspapers, on postage stamps, in the streets, in schools and of course on the military decorations.

The Nazi swastika didn’t bring the promised happiness, it turned out to be destructive and was associated with horrible crimes, what made people condemn Nazism. To this day however there are people who believe that Nazism was a necessary evil because it served as a weapon against the red totalitarianism and it acted like an enema that purified Europe from the inside.

Also, despite the horrors of those times I’ve heard opinions that sooner or later Nazism will return because currently many European cities look more African and Asian than European. Nevertheless, as soon as Hitler came to power in 1933 the swastika was perceived as a very lucky symbol for the German people. It symbolized the economic miracle, the restoration of the national dignity and punishment of the internal enemies of Germany.

I decided to write this short article about the history of swastika to teach how to distinguish the message of this symbol in different cultures over the centuries. Besides, I think that 70 years after the war swastika deserves a new chance in Europe. 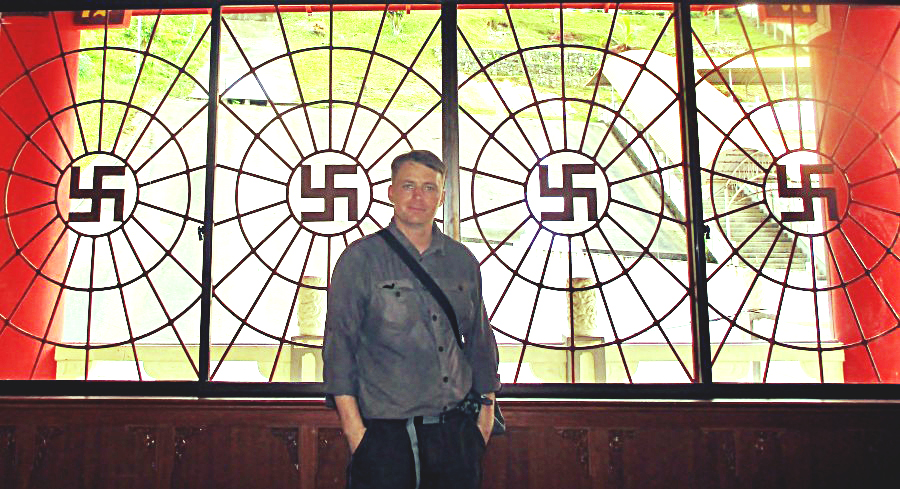 Every adventure traveller should learn to understand cultural and religious symbols, the meaning of which varies according to civilization. Here I am in the Chinese temple of Puu Jih Shih in Sandakan, where apart from dragons, incense and Buddha statues; the characteristic feature are swastikas as symbols of happiness. While traveling in other parts of Malaysia, as well as in China, Burma, Thailand or Sri Lanka, I saw many swastikas in temples and private homes. My trip to Borneo was happy and I wish you that too.