The National Games of Kyrgyzstan

During my travels around Central Asia I took part in the national games of Kyrgyzstan, which are very original and closely related to the Kyrgyz culture. I enjoyed myself trying some of them, although they are very difficult. They require good skills associated with horse riding. 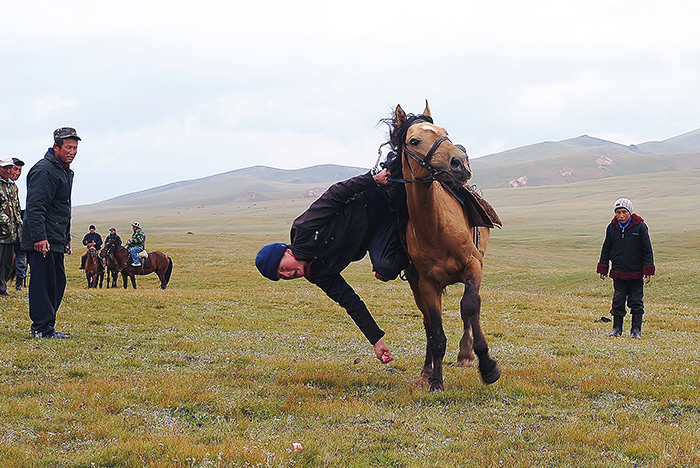 The national games of Kyrgyzstan.

The first game is called Ulak-Tartysh, which is a combination of polo and rugby, although the ‘equipment’ is more diversified. There are two teams and the players try to snatch a dead goat, with a head and legs cut off to its knees. Then the corpse of the goat is supposed to be brought to the marked place. From the audience`s point of view it looks very interesting, because a group of men on horse backs fight over a headless goat. According to unofficial sources I’ve found out the the winning team eats the goat after the match. 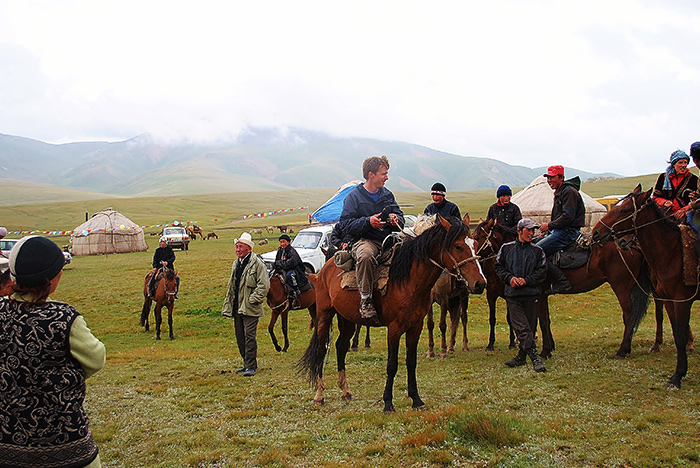 Horseback riding in Kyrgyzstan is part of the Kyrgyz culture.

Another interesting game is Kyz Kuumai. What happens is that a man on horseback chases a girl, also on horseback, and tries to kiss her at a gallop. If he manages to kiss her, he wins. If he fails, she can chase him.

Another interesting game was Tyin Emmei, which is about picking up coins from the ground at full gallop. Today however, coins have been replaced by notes. 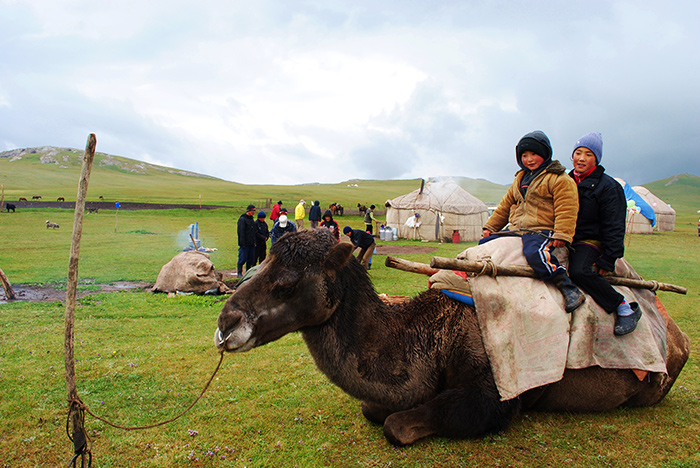 Kids on a camel, and the yurt in the back. This is lovely Kyrgyzstan.

Another game is Oodarysh which is simply wrestling on horseback. The winner is the one who throws the opponent off his horse.

I also took part in many other horse racing competitions at various distances. Once I went to a festival organized by a cold and extremely windy lake Song-Köl. There was a demonstration of folding and packing up a yurt off and on a camel.

I’ve discussed some of the most popular Kyrgyz games, but in general if you want to be good at any of them you have to ride a horse, be strong and not to know fear. I also recommend other countries of Central Asia.