I will start my journey around the Caucasus from Georgia, and then I will go to Azerbaijan, Armenia and Nagorno-Karabakh. I’ve been always interested in the Caucasus, because of its fortified churches in the mountains, and the tense military situation. Then I will travel around Iran, which is one of the oldest civilizations in the world. I suspect that Iran (Persia) will prove to be a valuable cultural experience for me.

Introduction to expediton around West Asia 2013

This year I`m going to a new but also very interesting and adventurous region of Asia. I divide my expedition into two stages because first I`m going to travel around Caucasus and later around Iran, and I think that the whole expedition will take about 2 to 2.5 months, although I am never able to predict the time exactly.

In 2010 I was already in four countries of Central Asia so even though I will be travelling around Caucasus I`m sure I know what I can expect. 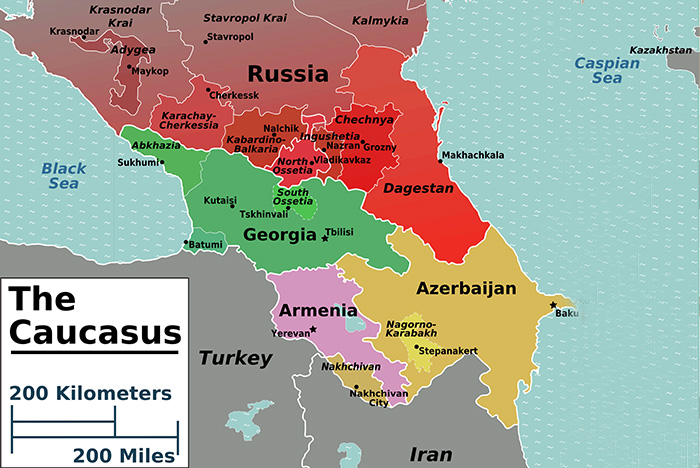 The map of Caucasus.

Trip to the Caucasus

I am Polish and I speak Russian at an average level, what will once again ease my expedition and low the prices in all post Soviet republics. I will start my adventure around Caucasus from Georgia, and I`m going to spend there about 3 weeks. Georgia is a country of beautiful mountains, ancient churches built high by the snowy peaks and cave cities. I will be also in Gori which is the birth town of Stalin, and in Tbilisi which is the capital city of Georgia, and unofficially also the best capital of Caucasus.

I’m sure that Georgia will be a beautiful but also a hard experience, especially that I`m going to do some hiking. The next country I`m going to is Azerbaijan where I`ll spend about 1 week to 10 days. I will stay by the Caspian sea, but also in Baku, in remote villages, in Qobustan, and I will see the cultural heritage of this interesting country. I also want to add that Azerbaijan is the only Muslim country during my Caucasian trip, although Islam the Azerbaijani way is harmless.

Then I will go back to Georgia but only to go to Armenia. In Armenia I will be also in the mountains, I will use some of the good food and people`s hospitality, and I think that 2 weeks should be enough to get to know Armenia quite well. At the very end of my trip around Caucasus I`m going to the Nagorno Karabakh. It is a country which not recognized by anyone apart from Nagorno Karabach itself and Armenia. I`m going to spend there about 5 days. This small region is a subject of many conflicts in Caucasus, because culturally it is little Armenia located in the Azerbaijani territory, and each of the countries occupies its different parts.

I also want to add that even though Caucasus is small it is a region of many ethnic minorities fighting for independence. Only in Georgia alone outside the Georgian law are Abhazia and South Ossetia, where it is quite easy to meet AK-47, and Adjara with the main city of Batumi also has its regional independence. The Nagorno Karabach creates a conflict on such a scale that officially Amenia and Azerbaijan are at war and that`s why all diplomatic connections, transport and even phone connections do not exist, and the border between those two countries is also closed.

In the territory of Russia which also has a part of Caucasus there are: Chechnya, Dagestan and Ingushetia. As we can see there are a lot of regional conficts in Caucasus, and the best prove of it was when Georgia invaded South Ossetia and in the effect of this attack Russia invaded Georgia in 2008. 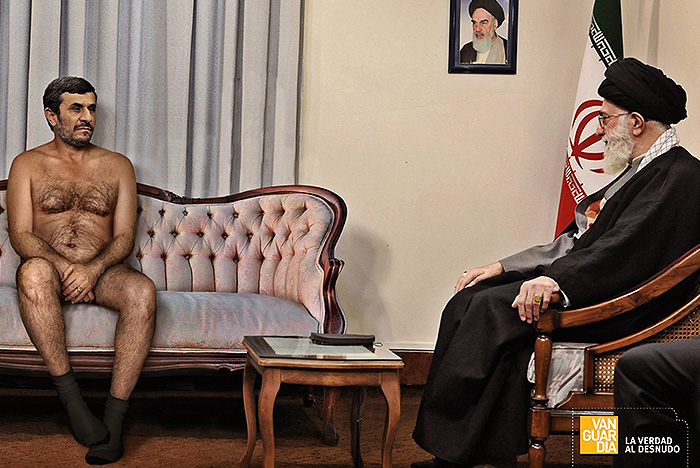 I hope that my travel around Iran would be without such interviews.

Then I’m going to travel around Iran for about a month, and I’m sure it will be a very educational experience. Iran is a very unpopular travel destination because of the hate propaganda of the globalists and the Zionists against a nation which is trying to keep its culture, faith and especially its safety. Right now the globalists have millions of nuclear bombs and Iran has none, what answers the question who is a threat to whom. As an experienced traveller I don`t believe in the naive propaganda which we are fed with by the West. I think that the best option would be to simply go and check how it really is, and even if Iran has a nuclear bomb I don`t think it would fall on my head whilst walking in the streets of Tehran.

Ancient Persia is one of the oldest civilization of the world and it has a lot of historical and cultural heritage also from the pre-Islamic times. Iran has also rich art, great cuisine and beautiful landscapes, and with regard to terrorism it simply makes me laugh when I hear about it. Even though I am against Islamization of Europe, against the politically correct disease and race mixing, and based on the fact that to the extreme far left my right wing views are described as radical, I still treat Iran as a great adventure. But only as long as Iran, Muslims and Islam remain in Iran. I don`t expect to meet Sindbad or that I would go back home on a flying carpet, or that I would meet Gin of the lamp who would make my three wishes come true, but even so I feel that Iran will prove to be a great adventure.

As always from every country I will have thousands of pictures, travel journals and practical information, which I will later publish on www.CompassTravelGuide.net. When I’m back home I will write another general article about the whole duration of my trip and whether it was as I planned.

I wish myself a lot of luck in making only the right decisions,