A trip to Tajikistan is quite a challenge. It is a journey through the mountains, vast distances and pastures of goats. One of the greatest challenges is the Pamir Highway; the most remote outpost of the former Soviet Union. Another adventure is the Wakhan Valley shared with Afghanistan, and the blue lakes along the route. Tajikistan is one of the best adventures of my life, where people can learn about their weaknesses. It is an unforgettable adventure, but I don’t encourage everyone to do it. The main advantage of Tajikistan is of course nature, but also contact with interesting people during the trip.

I’ve been travelling around Tajikistan for about two weeks now – a very remote and interesting country. I have travelled the mountains and desert emptiness of the Pamir Highway at the height of 4000 metres above the sea level. On the way I stopped in many villages that looked like tragic, deserted villages in a complete nowhere. The people were very poor but hospitable. They offered me bread, jam and yak milk and butter. The nature of Tajikistan, which are mountains, lake Kara-Kul, natural hot springs and natural mineral water are truly wonderful, but it is a very difficult country to travel. 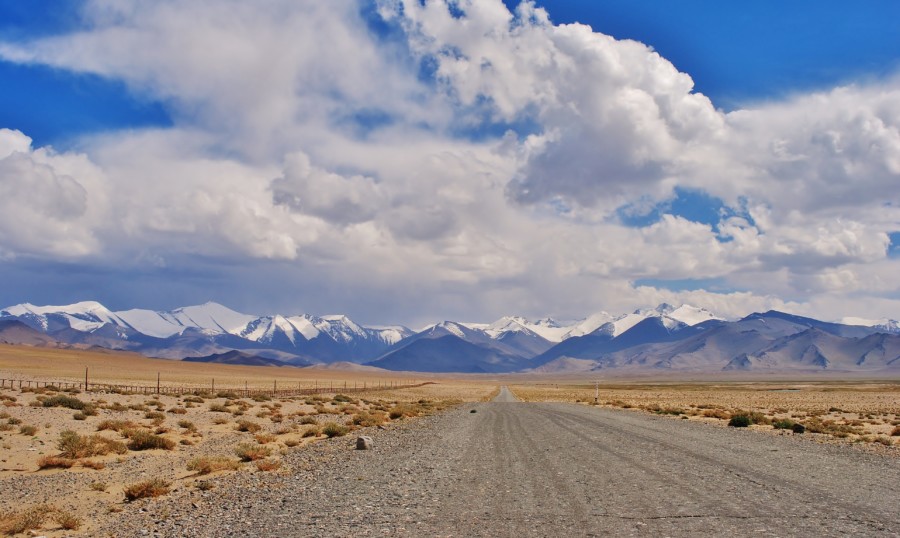 The Pamir Highway in Tajikistan.

Tajikistan – in the footsteps of Marco Polo

I was quite lucky anyway because I managed to catch a ride from an empty road pretty fast, but there are also those who are stuck in the wilderness for three days waiting for a Chinese truck. There are also those who travel the remote 728km Pamir Highway by bicycle, battling altitude sickness, hopeless roads, and sand and the wind blowing into their eyes. I’ve done the Pamir Highway and I think that it is an experience that should definitely be on every traveller’s list. Now I know what to expect from the Pamir Highway. I can expect absolute desolation with a specific beauty. It is the area where you have to do everything by yourself and fight for your survival, where mistakes are not to be made.

“The plain is called Pamier and you ride it across for twelve days together, finding nothing but a desert without habitations or any green thing, so that travellers are obliged to carry with them whatever they have need of. The region is so lofty and cold that you cannot even see any birds flying. And I must notice also that because of this great cold, fire does not burn so bright, nor give so much heat as usual”.

Marco Polo, “Description of the world”

Following further footsteps of Marco Polo I also travelled through the remote Wakhan Valley, shared with Afghanistan. I was travelling there by a 30-year old Soviet car called Uaz, which was breaking down repeatedly, growled loudly and found itself in ditches all the time. Apart from the car adventures I saw beautiful valleys, glaciers, Afghan villages on the other side of the river, and ruins of forts high in the mountains. When our Soviet Uaz fell into yet another ditch, I borrowed a donkey from the locals and after two kilometers I reached the natural Fatima hot springs high in the mountains. I also lived in a traditional Pamir home, which architecture is very original and it hasn’t changed for centuries. 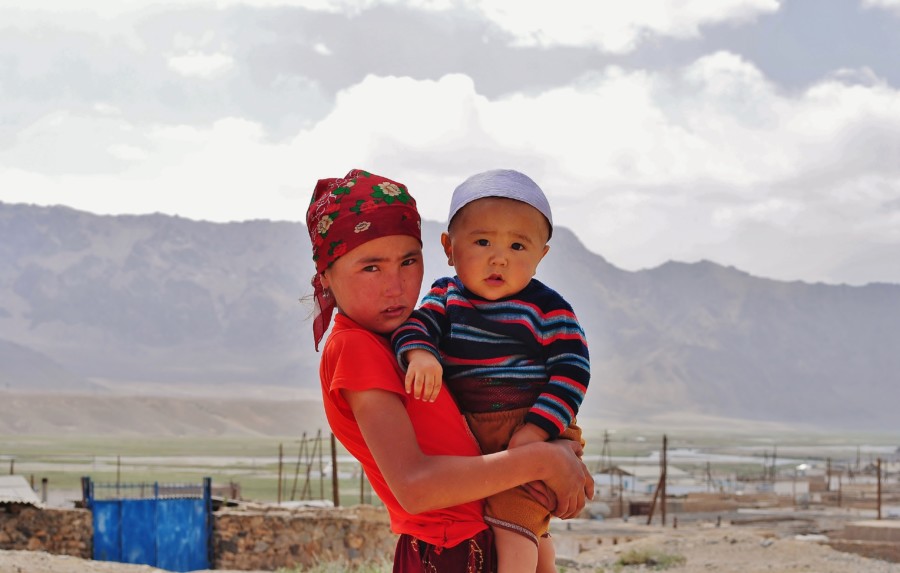 Children on the Pamir Highway in Tajikistan.

It was a brave or a foolish thing (apart from all the rest) was I swam through the Pyanj river, and this way I got illegally into Afghanistan to drink green tea with the Afghans. Then I returned to Tajikistan exactly the same way. Shortly speaking these were my experiences in the poorest but also exceptional autonomous region of Tajikistan, called Nagorno-Badakshan.

My trip through Tajikistan still continues

Right now I’m in the capital of Tajikistan – Dushanbe, although its previous name was Stalinabad. Tomorrow I`m going to the north of Tajikistan and to the turquoise lake in the Fan Mountains called Iskander-Kul. Then I’m going to the historical towns of Istaravshan and Khojand, and then I`m going on a terrible and bumpy road to Uzbekistan. My Tajik adventure still continues!