Azerbaijan is a rarely visited country and it is definitely not on the must-see tourist map. I had a nice time in Azerbaijan and saw many interesting places, but these were the places which can also be seen in other countries, and for less money. A country rich in oil and gas is not geared towards tourism. Nevertheless, I recommend this ‘Little Turkey’ in the Caucasus at least once. Post-Soviet Azerbaijan with the culture of Turkey certainly has its charm, but in my opinion it is rather a destination for travel connoisseurs.

My travel itinerary in Azerbaijan

I have travelled around Azerbaijan for about 10 days and tomorrow I`m heading back to Baku where I`m going to take anything going towards Tbilisi. During my 10 day trip around Azerbaijan I think that I have managed to get the feeling of the country and I have seen the most attractive places. I crossed into Azerbaijan from Lagodekhi in Georgia and spent a night in Zaqatala.

Then I went to an old town of Seki, followed by hitchhiking to the alpine town of Lahic, and not far from there I slept in a tent in the mountains in hope to keep away wolves and bears. After a rough and cold night I went to Baku – modern and lavish but also old and traditional, the very beautiful capital city of Azerbaijan. 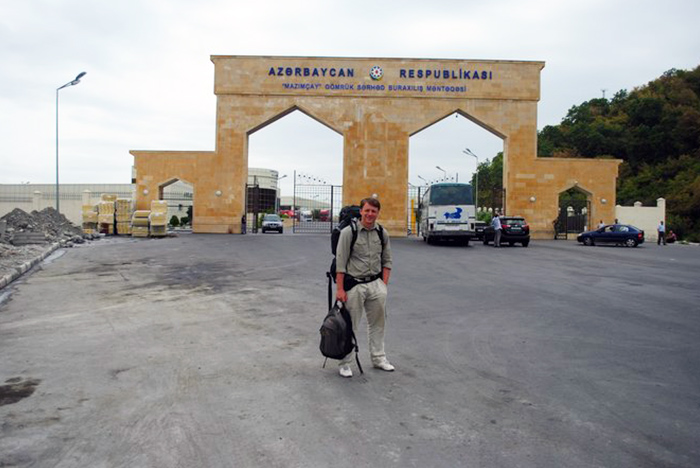 In front of the Azerbaijan border.

Then I went to Qobustan where I saw petroglyphs carved into rocks and a little bit further the famous mud volcanoes. After a pleasant swim in the Caspian Sea with a rather not very pleasant view of oil industry I headed north to a town called Quba. I admit that this small picturesque town turned out to be a good experience with people. From there I went to the old, high altitude village of Xinaliq, which proved to be the most beautiful part of Azerbaijan.

Whilst there I hiked the mountains, I used people`s hospitality and good humour and I watched the traditional shepherd life next to the border with Russia (Dagestan). By the way, at the border the officials asked my three times if I’ve been to Armenia, without understanding that their war is only theirs and not mine. 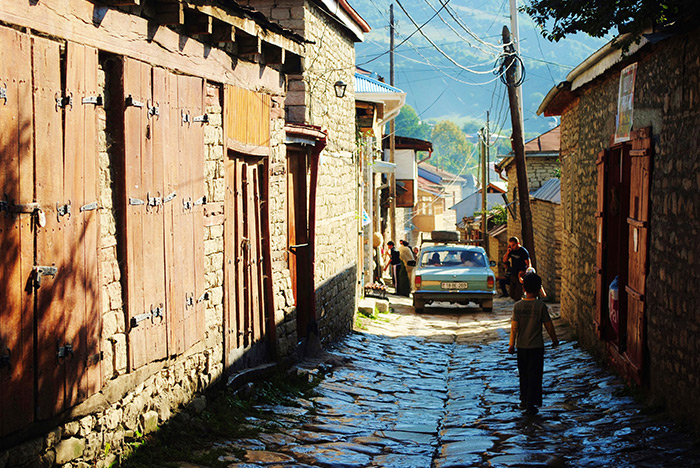 The charming town of Quba. Azerbaijan.

Is it worth going to Azerbaijan

I realize that Azerbaijan is not a highly visited country but because of my personal observations I have learnt a few things. Someone might say that I spent there only 10 days but I think that this amount of time is sufficient to see the best places and get the feeling of the country. Of course someone could spend a month there but I don`t think there would be a point for it because Azerbaijan does not have so many places of interests anyway.

In my point of view Azerbaijan is only opening to tourism and it is happening very slowly because president Aliyev relies on its oil and gas industry so much that tourists are simply not a priority. The best example of it is a ridiculously expensive visa which also requires a special (paid) invitation from an Azeri organization. This fact alone makes a lot of tourists go to Georgia and Armenia instead. Besides that Azerbaijan is terribly overpriced and in a perspective of a long trip it is simply not worth the money, because 1 manat equals to 1 euro. 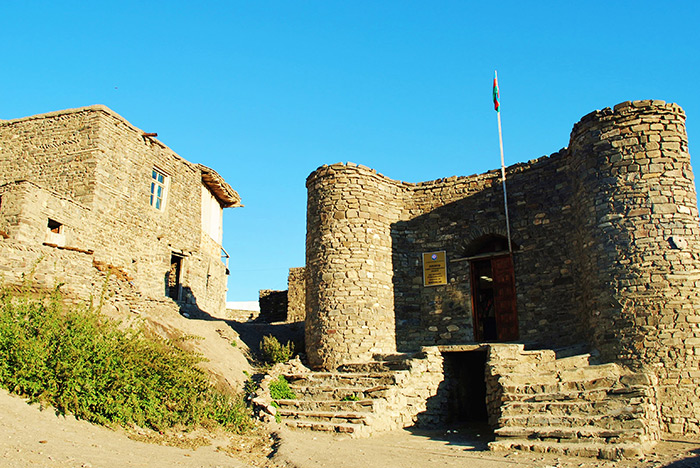 Museum in the mountain village of Xinaliq. In my opinion, this is one of the best attractions of Azerbaijan, where sheep graze on green pastures.

For all the above reasons I advise budget travellers that if they want to see mountains and sea in Azerbaijan, they should rather save their money and see it in Georgia instead. It would be cheaper and visa free, although it is easier for me to say that because I’ve already been to Azerbaijan. All the tourist attractions I saw where rather average too and I think that the very presence in Azerbaijan is the best adventure itself. I admit that Baku was beautiful but I can find similar elements in other capitals too.

In my point of view because of its rich natural resources Azerbaijan does not need a lot of tourists who would provide a healthy income to the very underemployed locals in the very overpriced country. Aliyev however earns so much that he doesn’t care for his people`s extra income. I have to also admit that people of Azerbaijan are very friendly, helpful, they offer great hospitality and in general they are very good for the tourists. People of Azerbaijan are a great highlight of every trip and as long you are not from Armenia they should like you. There is also a question about the Azeri version of Islam. In my point of view Islam in Azerbaijan is very relaxed and it is a complete denial of everything what countries like Pakistan or various Arabs represent. Women don`t cover themselves and people of Azerbaijan openly laugh at extreme Islam.

There is however one more thing which gave me a lot of thoughts. In every country I have been there were monuments of national poets and musicians. Someone who had impact on the national art and culture. In Azerbaijan however I saw only monuments and posters with the former president Heydar Aliyev, and there were so many of them that it became unpleasant. It is a clear evidence of the cult of one man similar to the one in North Korea, and in my point of view also an offence to Azeris, because indirectly they are told that Azerbaijan does not have any art, culture or music but only a politician who is taken to the heavens in every street. 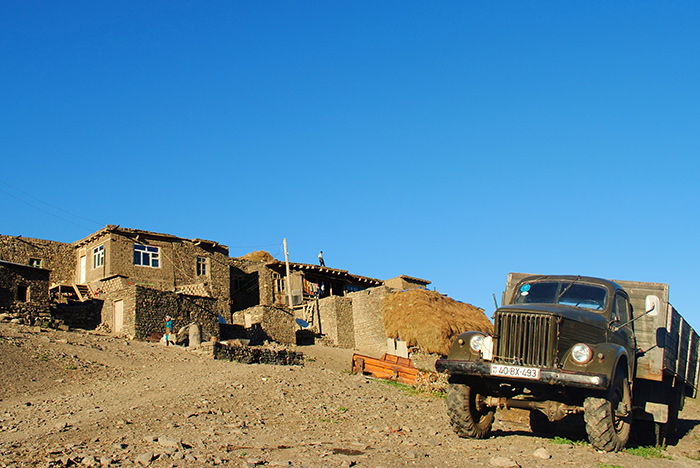 Azerbaijan was a beautiful experience as well as great adventure, people were friendly and helpful and I wish this country all the best. In a certain way we should treat Azerbaijan as small Turkey because Azeri people are of Turkish origin, their language is almost identical and they even drink tea in typical Turkish cups. Politically Turkey and Azerbaijan are brotherly nations which live in friendship, but whether Turks really like Azeris would have to be confirmed by a separate research.

Also, do not mention Armenia or Nagorno-Karabakh, unless someone starts to talk to you about it at a nice, Turkish style cup of tea. Good luck Azerbaijan!!!