I was traveling about one month around the beautiful Khmer Kingdom – around Cambodia. It is one of the poorest but also one of the most interesting countries of Southeast Asia. I visited a lot of places because I had plenty of time, but wherever I went I was under impression, that Cambodia exists and breaths with life only for the temples of Angkor Wat. The symbol of Angkor is widely seen in every aspect of art and culture of Cambodia, and on the national flag too.

The temples of Angkor Wat are indeed the eight wonder of the world and they must be seen, but on the other hand I had also tried to experience other advantages of Cambodia. I crossed the border in Poipet, coming from Thailand, and then I went straight to Siem Reap. This little town makes a great base for the temples of Angkor Wat, but it is also a great place for buying souvenirs, trying tasty food, good massage and partying whole night. 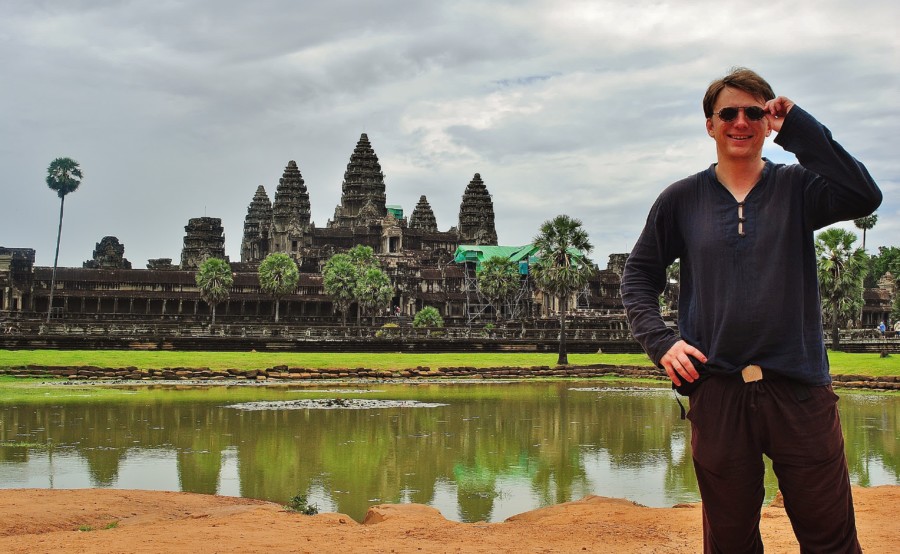 In front of Angkor Wat.

Later I went to a little town of Battambang, where from I made trips to few other interesting temples build on the top of the hills. After Battambang I went to the capital of Cambodia – Phnom Penh. I returned there many times and I learned about the sad history of Cambodia; about the Khmer Rouge regime. After Phnom Penh I travelled to the south, where I had good time in the “party town” of Sihanouk Ville. I went to the exotic island of Koh Rong where I was diving, and after that I went to Kampot, and also to Kep.

My time spent in the south was the time without sightseeing. I was swimming and jumping into the waves, I had a lot of fruit of the sea, and I thought that it was important to tell the future travellers that Cambodia is only about Angkor Wat. Right at the end of my trip I went to the north east, to a little Mekong town called Kratie, full of colonial architecture and a slow paced life. In Kratie I reminded myself about Laos, because from there I also organized an Irrawaddy dolphin spotting trip. 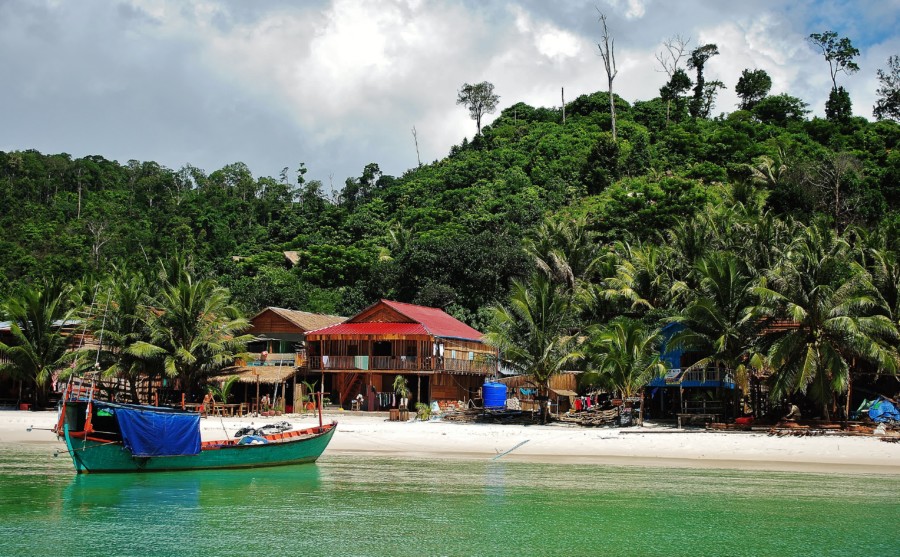 One of the many picturesque beaches in Cambodia. Let’s remember that Cambodia is not only about Angkor Wat, although those temples should be indeed a tourist priority.

I recommend Cambodia with all my heart; a developing country with the full meaning of this expression, where the history and sights do not have to be advertised. The food is good and people have peaceful attitude. My time in Cambodia was very well spent, and I feel that when the next time I’m in this part of Asia, I will drop in for a while again. Low prices are also a big advantage of Cambodia !!!

The Ancient Cities of Thailand 2011