At the end of my Caucasian trip I went to a country which theoretically does not even exist. I went to Nagorno Karabakh, which delicately speaking is a reason of unfriendliness between Armenia and Azerbaijan. Nagorno Karabakh is an area controlled by Armenia, although Azerbaijan formally includes it into its territory.

When I went to the consulate of Nagorno Karabakh in Yerevan, I was told that Karabakh had its president and a prime minister and it wants to be fully independent, although it is very closely connected to Armenia which without it would not survive. Of course each one of those nations has its opinions and arguments about Karabakh. For many years there was a war in Karabakh what can be seen today in the form of ruins created after bombardments. 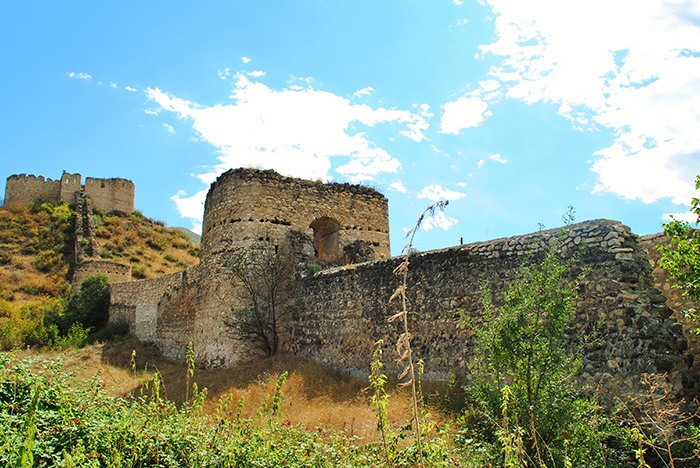 Mayraberd fortress near the village of Askeran. Nagorno-Karabakh.

My trip around Nagorno Karabakh

I had my base in Stepanakert which was the main town of Karabakh, and from there I organized numerous trips to the places of interest. The symbol of Stepanakert is a monument called ‘Grandpa and Grandma’. Very interesting.

I was moving around Karabakh by hitchhiking, which turned out to be a longer but always a very reliable mean of transport. I therefore advice all the low budget travellers to move around by hitchhiking because public transport is very rare and taxis are very expensive. During my 5 days in Karabakh I saw a lot of interesting places:

I went for example to the ghost town of Agdam which was heavily bombarded by the forces of Azerbaijan. Apart from ruins there was also an Armenian military base because Agdam is still on the line of fire. Agdam belongs to my post-war tourism, and that’s the locals do not always respond well to tourist. Someone stopped a car and asked me who I was and if I was perhaps working for the KGB or for Azerbaijan. Moods are turbulent there. By the way, I saw the nearby and also bombed Persian cemetery.

About 12km from Stepanakert there is also a town of Shushi which has an attractive art gallery, beautiful Ghazanchetsots cathedral and interesting ruins remaining here after bombardments. Shushi has a few liveable buildings and two impressive cathedrals, but half of the town is still in ruins covered with blackberries bushes. Here there were no ruins anymore but nice buildings, museums dedicated to the war against Azerbaijan, shops and many restaurants.

As for other very interesting objects, I saw among others: the Mayraberd fortress near the village of Askeran, and the fortress and museum in Tigranakert. I also saw the village of Vank and the magnificent Gandzasar monastery, which is the showcase of Karabakh, as well as the distant Dadivank monastery from the 9th-13th century. 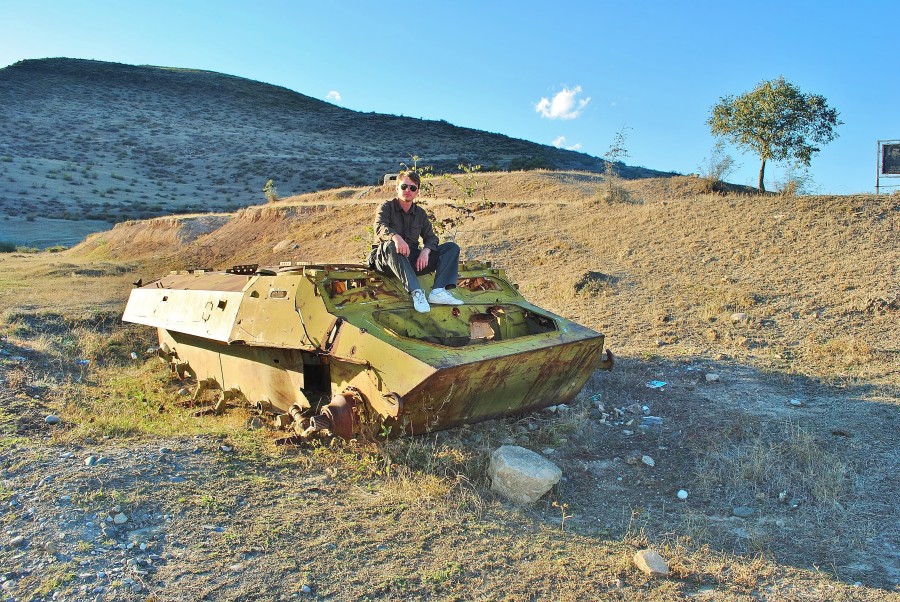 I also really liked the 2000 year old tree close to the village of Karmir Shuka, which was empty inside and so huge that it would be possible to build a room inside it. Whilst hitchhiking through Karabakh I also saw beautiful mountains, canyons, fast flowing river, cattle on wide pastures and the Sarsang reservoir. Hitchhiking itself also gave me a lot of pleasure because whilst moving around on bumpy roads I was mainly on 25 year old Lada Niva and Kamaz trucks throwing me sometimes to the top. Soviet cars do a great job in Karabakh.

Yes, Karabakh really offers a lot of attractions, but we have to remember that life there is very hard and attractions which are interesting to tourists don`t give any fun to the locals. Regardless of that however people are very kind and helpful and they want tourists to get to know the history of Karabakh as well as possible, what reflects itself in many stories by cups of tea and during transport.

Referring to Karabakh from the Azerbaijan`s point of view for a moment, I wonder how Karabakh could be always a Muslim territory if there are Christian monasteries from the 5th and the 12th centuries? 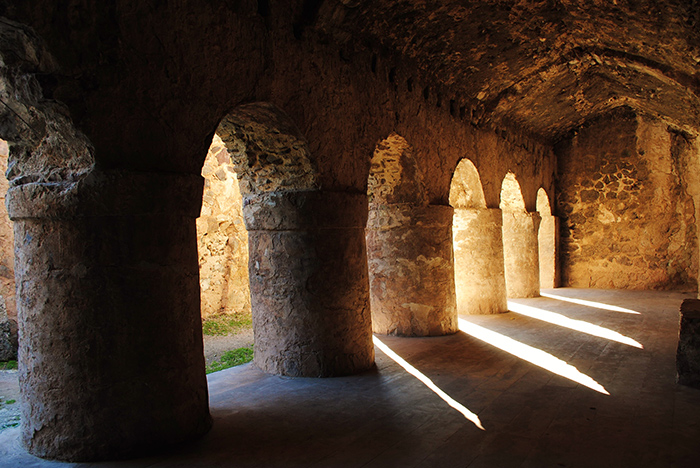 Stone pillars in the Armenian Apostolic Monastery of Dadivank.

An incentive to visit Karabakh

Towns in ruins and the army may discourage a lot of people, but I still warmly recommend visiting this small country. There is a lot of history there and natural beauty too, and people have a lot to say. When in Goris (south Armenia) there is only 95 km to Stepanakert, what means that for keen travellers Karabakh could be the beginning of a completely new adventure. I realize that Karabakh is not a popular tourist destination and it is uncertain with regard the constant specter of war, but I had such fun over there.