Vietnam was yet just another fulfilled and well organized expeditions of mine. The country has a lot to offer and I do recommend it, but I suggest to approach a lot of things with a certain distance. To me Vietnam is a mixture of beautiful nature, few nice temples, and the number of communist and revolutionary museums.

I entered Vietnam from Cambodia and I have to say that I had mixed feelings. The Cambodian border was decorated with Angkor Wat figures and the Vietnamese one was monumental, with a red flag and a yellow star in the middle. I took it as: ‘ comrade Lenin meets chairman Mao’. Fortunately communist flags and posters were not vulgar there. Vietnam turned out to be a beautiful adventure, full of attractive, ancient architecture and breathtaking natural beauty. 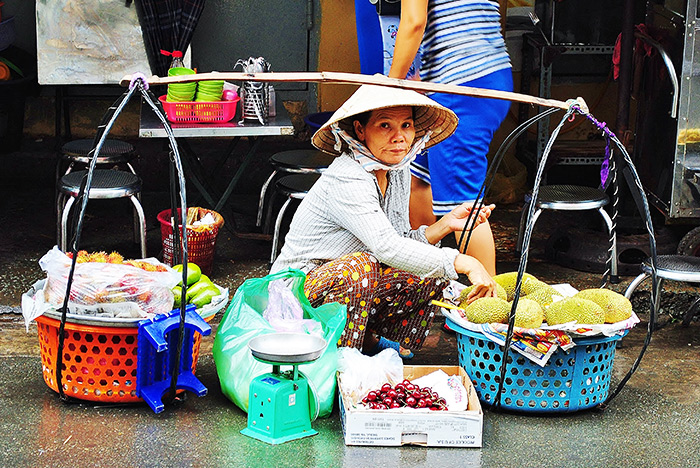 My trip through Vietnam

My adventures through Vietnam I started in Saigon (I prefer this name), where I picked up my blonde-model from the airport, and then together we spent a very fruitful time in this ever busy motorbike city. We also learnt about the history of the US – Vietnam war from the Vietnamese point of view. Then we went to the Cu Chi tunnels, Mekong Delta and the Cao Dai temple.

I have to admit that the Vietnamese found many intelligent ways to wipe out the Americans. Saigon was a great adventure, although riding a motorbike through ever chaotic streets (in my instance without a driver’s licence) was an art itself. Fortunately my blond travel companion was sitting behind me and she was explaining me the road signs, whilst I was moving forward. 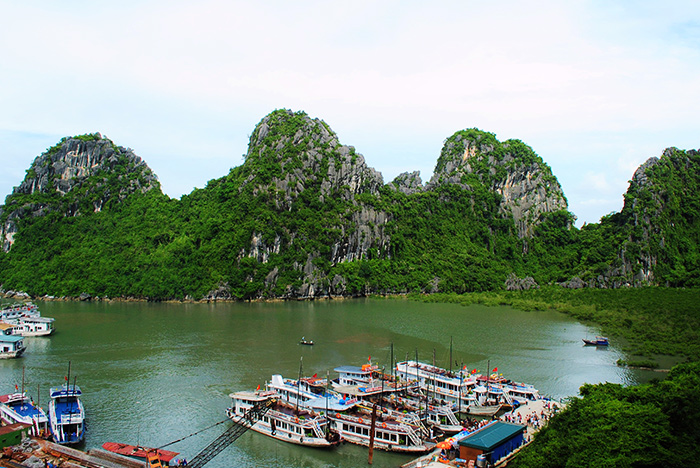 Later we went to Mui Ne – a nice beach resort, reach in great food and such gorgeous natural wonders as sand dunes and the red canyon. Also for the first time in our lives we rode an ostrich. It was such fun!

Later we went to a higher elevated town of Dalat, and straight after to the Vietnamese riviera – to the famous town of Nha Trang. Attractive Buddhist temple, exotic islands, fruits of the sea, the Oceanographic museum and swimming in the South China Sea took us beautiful 4 days. From Nha Trang we took a night bus and went to the pearl of the ancient Vietnamese architecture – to the town of Hoi An, and then also to the nearby My Son.

Later we travelled further north, to the ancient capital of Vietnam – Hue. We saw the old town and we went on a cruise boat in the shape of a dragon, stopping in the most interesting temples. We also made a one day trip to the nearby city of Danang, where the Americans first landed. Then we went to the Marble mountains, and we spent that evening on the beach.

Later, the time finally came for the north of Vietnam. We spent a few days in Hanoi which we used as our base for some time. From there we went to the Perfume Pagoda and Halong Bay for 3 days. At the end we visited to the alpine town of Sapa, which in my point of view was one of the best places in the whole of Vietnam. 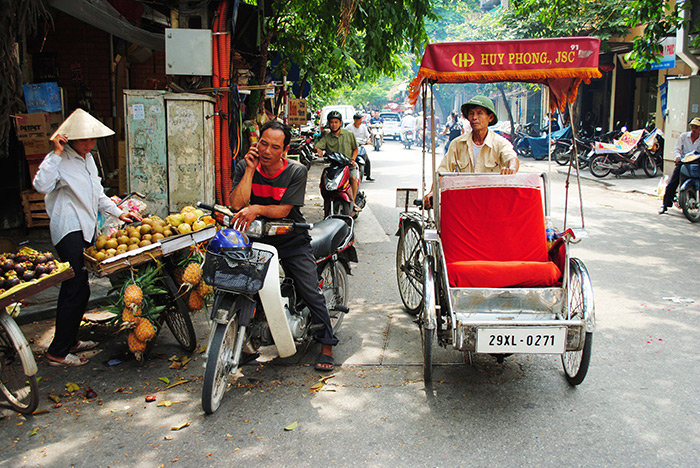 Summary of my Vietnamese adventure

Vietnam was yet just another fulfilled and well organized expeditions of mine. The country has a lot to offer and I do recommend it, but I suggest to approach a lot of things with a certain distance. The people have different attitudes to tourists. Usually it is very good, always safe and definitely very hungry for money, but few times I had to fight with extreme rudeness, just to get something what I had already paid for.

To me Vietnam is a mixture of beautiful nature, few nice temples, and the number of communist and revolutionary museums. Ho Chi Minh is still taken by the Vietnamese nation straight to heaven. On the other hand I can’t be surprised with their naivety, because the English still love Churchill.

I traveled around Vietnam for about 1 month, what gave me an opportunity to feel what Vietnam really is about. I have few thousand pictures and a lot of interesting things to say, which could surprise even those who have already been to Vietnam a few times. My Vietnam travel journal will include a lot practical information and should help the future adventurers.