I recommend my adventurous YouTube channel
Make a donation

My account has been blocked many times for publishing truth and conservative views.

Facebook is a leftist fortress, that truth defines as "hate speech", and common sense as "discrimination." It even happened that Facebook removed the post of pope emeritus Benedict XVI, because it was too conservative - but professionally speaking, it didn't meet the Facebook's "community standards".

In addition, Facebook regularly removes "likes" from right-wing websites and brings them down in search results. Facebook in theory "allows" to promote articles criticizing homosexual propaganda and anti-immigrant policies , but at the same time it does not promote them, because the number of visits in such posts is frozen.

The best known intelligence agencies in the world are: CIA, FBI, MI5, MOSSAD, KGB ..... Google and Facebook. By creating a Facebook account, you set up your own police file!

Think well before you give information about yourself on this important wing of the CIA. We live in times when it is not necessary to brutally interrogate "the enemies of the revolution", if there is a device thanks to which people willingly say what they have done, and even what they will do. Facebook knows who you are connected to; and if you are really naive, it also knows your family and your car registration number. To the secret services, Facebook is a dream come true.

Facebook is a mine that extracts information about you instead of coal, and makes money on your privacy. Really, there is no privacy anymore, and technology becomes more dangerous. As confirmed by Facebook's founder silence, I think that even if you delete your FB account, the info about you stays with them forever.

To those who doubt in "freedom of speech", I advise to learn how to fake your IP address. The first rule is that IP address does not travel with the user, although there are other ways. If someone is an "intolerant racist", and wants to write on FB that: English people are white and only white, that he doesn't want to transform Big Ben into a minaret, and that anus was designed only for toilet purposes, then it is better to post such comments outside of your address, because otherwise, as I have read: "the brave men in police uniforms have no problem in finding a delinquent who promotes an extremist material". This is not Communism by the way , but "progressive democracy".

In addition, Facebook is designed to be addictive. Its template quickly catches the eye, it lets people to complain about social and political matters, and those who feel lonely have their own communities on FB, so they don't feel that lonely anymore. Users are rewarded and punished, that's why they try to present themselves the best the can in the eyes of their communities. They unconsciously open the door to police, secret services, and foreign consulates issuing visas . FB and other social networking sites promote false, improved image of their own reality, for which they want to be admired and rewarded.

Dreams vs Reality- on social platforms.

Do not try to promote an improved image of yourselves on the internet, because you are chasing an unreal dream, which could become a terrible mental blow during the first brutal contact with reality.

Instead, I advise you to learn manual jobs which develop thinking and independence - (carpentry, construction, plumbing, herbology), so we don't end up with a generation of idiots, whose whole world ends with stupid selfies and Facebook likes.

Twitter is another Marxist platform led by Marxist trash; and that's why my Twitter account has been already suspended. Generally on Twitter, church and white people can be offended at will, but on the other hand criticism of homosexual movements and anti-liberal, non-globalist views lead to account suspension. I also noticed that especially quotes from the Bible, to Twitter are like salt in the eye.

When it comes to women, I advise them to learn how to bake cakes for their husbands, instead of flexing their buds on Instagram. Social media is also designed to outcast people from the real society, because people whose attention is constantly hijacked by tablets, smartphones and computers, do not have time to interact with real people.

“People will come to love their oppression, to adore the technologies that undo their capacities to think.”

Throw away your smartphone, and use cheap trashy phones without internet access, and use temporary SIM cards with them. After a week or two, burn them and use another disposable trashy phone. You will be safer and you will keep more privacy from the constantly stalking You eyes of the Big Brother. If several million people did it, smartphones would be free, on a condition of long contracts and internet connection. Stop wasting your life on pressing buttons on your smartphone that you don't even fully understand, and which have already taken over your freedom. Instead, talk to a living human being, have connection with the natural beauty, and your phone can be as primitive as possible. I even think that not using a smartphone these days is an act of rebellion against Big Brother, who wants to control us more and more through visually attractive but to most of us incomprehensible, more advanced applications.

"Freedom of speech" on social media is not free, privacy is like golden dust, and officially it is neither Communism nor censorship, but "progressive democracy" based on total invigilation - through creating a pleasant and technically advanced concentration camp with glass walls!

"Believe nothing you hear, and only half the you see." 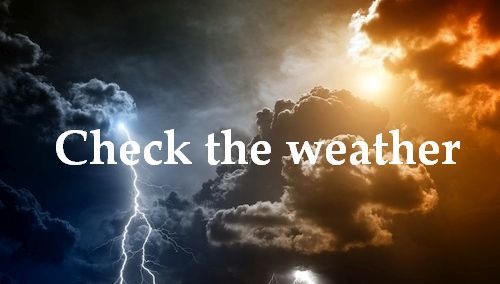 “Tolerance and apathy are the last virtues of a dying society”.

The Case of Cultural Marxism; part I