South-East Asia is the most famous and popular region of Asia. Fairy tale beaches of Thailand and temples of Angkor Wat in Cambodia are known all over the world. South-East Asia is a region of good food, massage under palm trees, turquoise waterfalls, thai-boxing, Buddhist temples and a relaxed lifestyle close to the tropical nature. It is this region of Asia that is most often associated with the ‘tropical paradise on earth’, although South East-Asia has a lot more to offer.

The division of Southeast Asia

The region of South-East Asia is situated between the Far East, the Indian Subcontinent, and Australia and Oceania. South East-Asia includes the Indochinese peninsula, the Malay Archipelago and the Philippines. The entire region covers an area of nearly 4.5 million km2 and a population exceeding 550mln. 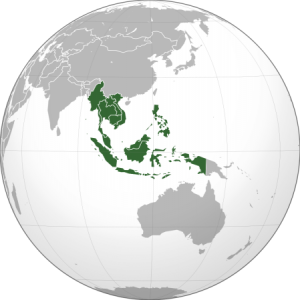 There are different divisions of regions but my own I treat as the only right one, and that’s why to South-East Asia I include the following countries: 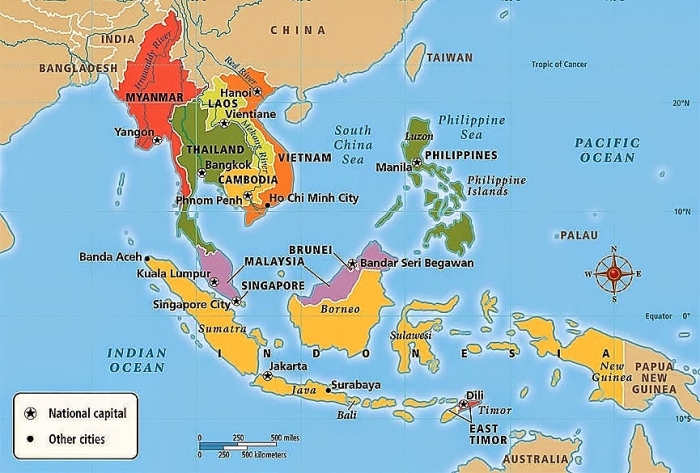 The map of South-East Asia.

It is also worth noting that one of the largest islands of Indonesia – the New Guinea is divided into two parts. The western part belongs to Indonesia and the eastern part is an independent country, called Papua New Guinea. Certain literature indicates that the entire island of New Guinea is located in Oceania, both the Indonesian and the Papuan part, although I do not agree with such division. Politically speaking, to me and to most geographers South-East Asia ends with the border of Indonesia, and Oceania begins with Papua New Guinea. According to some geographers the Pacific country of East Timor is also a part of Oceania, but I include it to the region of South-East Asia. To South-East Asia I also include the Indian Andaman and Nicobar islands, because they are located in the Andaman Sea 150km from the Indonesian Aceh.

I also recommend my press publication about Burma titled: “Burma; the Country of Golden Pagodas“.

From the point of view of tourism South-East Asia is a very attractive region because there are paradise beaches, mountains, fairy tale waterfalls, pleasant warm climate, interesting art and culture based mainly on Buddhism (but also on Islam), exotic flora and fauna, rich flavours of Oriental cuisine, massages and martial arts. South-East Asia has also some of the most interesting metropolis of Asia, such as: Bangkok, Kuala Lumpur, Singapore or Saigon; and the famous ruins of ancient civilizations, such as for example: Angkor Wat and Bagan. Apart from that South-East Asia has a well developed tourism, and to many it is a paradise that tourists don’t want to leave. 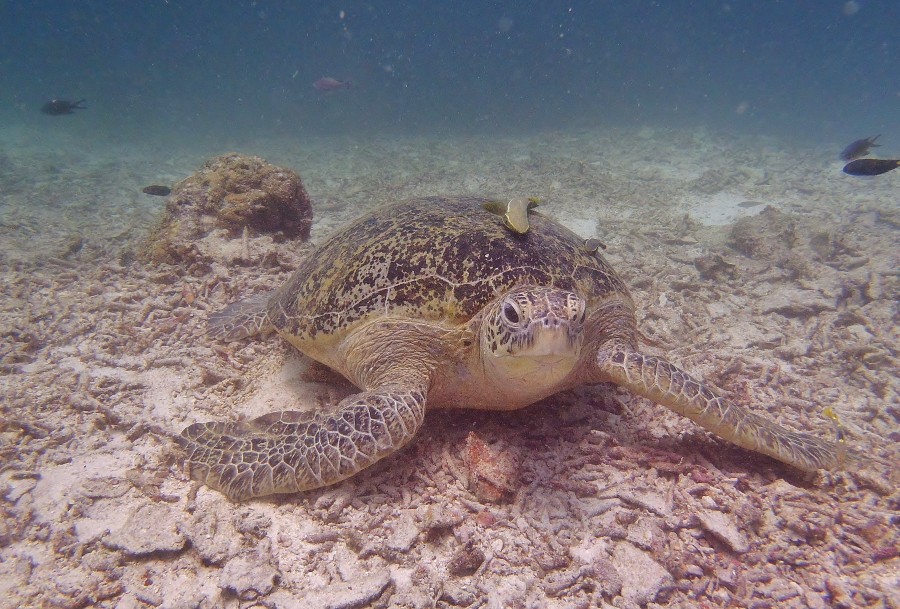 Sea turtle, which I met at the bottom of the sea, whilst diving in the archipelago of Semporna islands. Sabah, the Malaysian Borneo.

(I recommend articles about specific countries, where there is more information. The main purpose of this article are mainly location of the region and its division).