West Asia is a region of old civilizations, beautiful desert landscapes, warm seas and interesting cities where tradition mixes with modern influences. West Asia is also a region where Zionist terrorists constantly attack members of the ‘religion of peace’, and vice versa. I have very fond memories of the monuments of Iran, the adventurous Lebanon and the Iraqi Kurdistan. For me; the occupied Palestine, the Old City in Jerusalem and Petra in Jordan are simply unforgettable. The region dominated by Muslims is very interesting, although some countries that I visited gave me an adventure with a thrill. 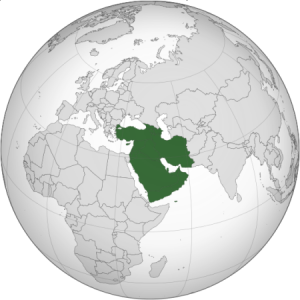 West Asia covers an area of more than 6,2mln km2 and its total population is about 300 million.

There are different divisions of regions but my own I treat as the only right one, and that’s why to West Asia I include the following countries and territories: 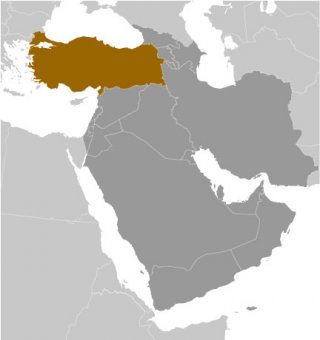 The way of understanding certain countries depends to a large extent on propaganda. In this picture I present the location of an Asian, Muslim country on the map of West Asia, and not Europe, as it is usually depicted. This map will not please some Turks, but the European Left and the like minded false Right would be furious. 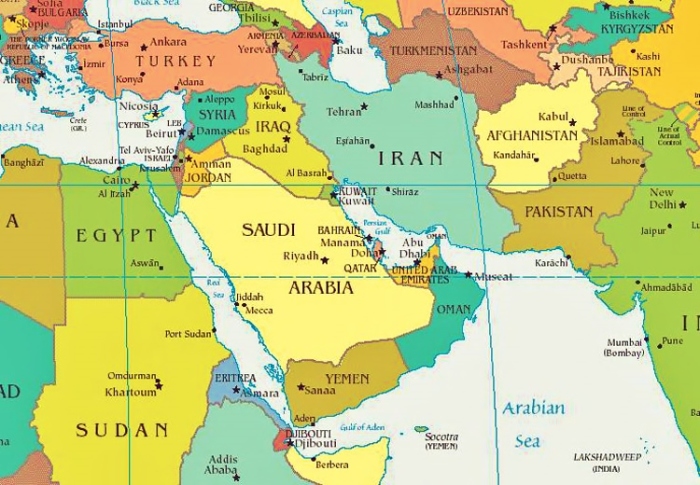 Clarification of the region of West Asia

I presume that because of wrong definitions in the public media some countries which I have classified to West Asia may be surprising to some. For example, according to me Afghanistan is definitely a part of Central Asia, although from my experience I know that this country is sometimes included in three different regions of Asia, depending on the ‘geographer’.

Egypt is in North Africa but the Sinai Peninsula is located on the eastern side of the Suez Canal, which lies in Asia.

To West Asia I also include the island of Cyprus what might be conflicting politically but it is certainly correct geographically. Cyprus lies far to the east of Bosphorus, although to be more exact almost 800km to Crete and only 250km from Lebanon. On the other hand I understand that Cyprus is culturally European and that it is terrorized and partly occupied by Turkey. 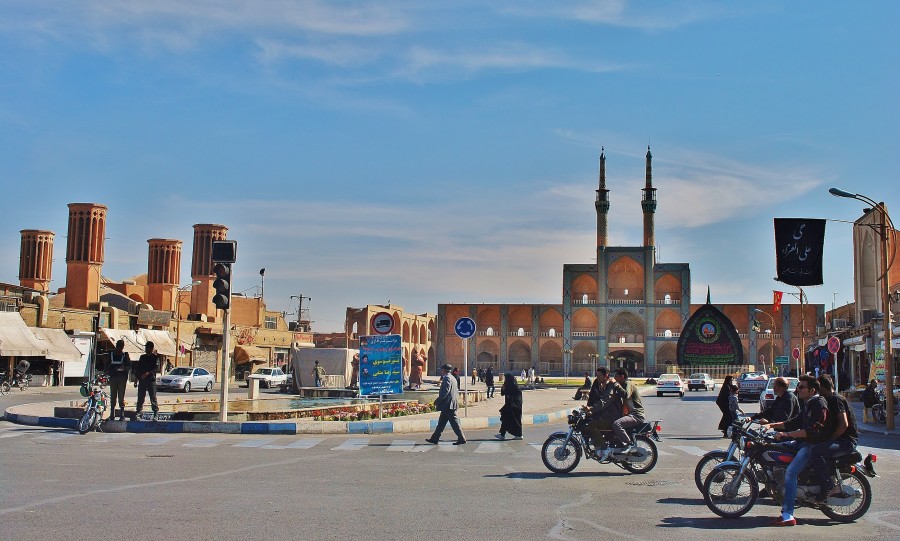 The old town of Yazd. Iran.

Turkey on the other hand can be under no circumstances considered a part of Europe! Only 3% of the Turkish territory from Bosphorus to the west is in Europe, while the remaining 97% is in Asia. Moreover, Turks are Muslims who between the VI and the XI century moved to Asia Minor, but in truth they are the people of Central Asia who derived from behind the eastern coast of the Caspian Sea, from the area of today’s Kazakhstan and Turkmenistan. The only thing that Muslim Turks have in common with Europe is a thousand-year old war, rape and ongoing assaults.

Israel is also located in Western Asia, even though some Zionist controlled left-wing politicians in Europe have tried to forcibly move that country to Europe.

The last issue is with the the Caucasus countries which according to certain sources ‘lie on the border between Europe and Asia’, but if we look at the range of Caucasus mountains separating Europe from Asia and the distance between the Caucasus and Bosphorus, it is clear that Georgia, Armenia and Azerbaijan are also in West Asia. 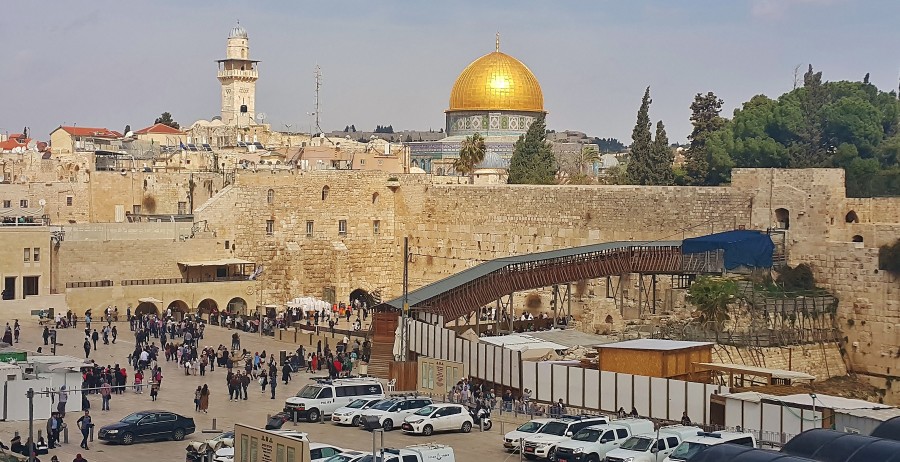 Jerusalem – the capital of occupied Palestine, with a large Jewish community.

From a tourist point of view West Asia is a region where one can see rich art and architecture left after Persian ancestors, although there are also attractive beaches, warm seas and good food. In West Asia we can admire the beauty of a desert whilst roaming on a camel, we can walk in the mountains and float on the Dead Sea, and we can dive in the Red Sea or the Mediterranean.

The possibilities are many but to West Asia I advise to go during the European winter, which for whites would be still hot but it would be at least bearable. The most interesting cities of West Asia are Dubai, Istanbul (former Constantinople), Doha, Muscat, Jerusalem and Bethlehem. Jordan and Israel alone have a lot of historical sites, including two wonders of the world, such as: Petra and the Old City of Jerusalem.

It is also worth mentioning that Christianity was founded in West Asia what means that to this day there are a lot of holy places to us Christians. Apart from that, the very attractive but also very underestimated is ancient Persia (today’s Iran) and its old cities of Shiraz, Yazd, Esfahan, and the ruins of ancient Persepolis. In West Asia another great adventure worth getting to know is the local culture, with all the ‘cabarets and fireworks’ associated with it. Besides, I recommend the entire West Asian region for shopping; and the specialty of the region are almost original but very good perfumes, beautiful carpets, nice materials and rich crafts. Until recently Damascus was a good city for shopping too, but since George Bush and Tony Blair introduced ‘democracy’, it is not anymore. 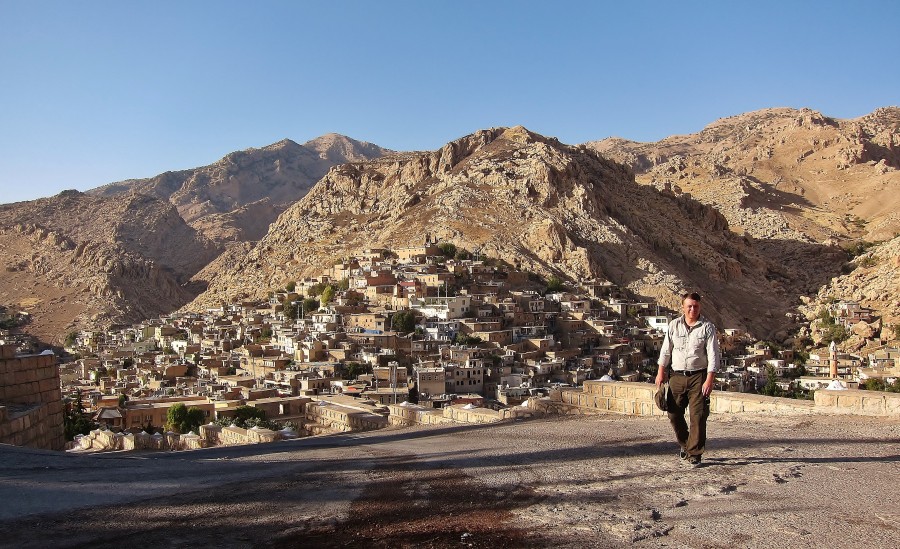 At the background of the old town in Akre, Iraqi Kurdistan.

(I recommend my articles about specific countries, where there is more information. The main purpose of this article is the location of the region and its division).

‘Middle East’ is a euro-centric name, which geographic coverage includes West Asia and North-East Africa. In addition, those people who use the term ‘Middle East’ are most likely not even sure where this region starts or ends. Typically everybody includes Egypt to the ‘Middle East’, although some people in a rapid flow of fantasy also include Libya and Afghanistan. I prefer the name ‘West Asia’ within the boundaries that I have drawn, but on the other hand also ‘North Africa’, because recognition of those two separate regions in that way is accurate and does not bring together two different continents.