American ‘democracy’, Jewish terrorism and hot temper of Muslims are the three things that can ruin a trip of a peace loving adventurer like me. Regardless of what we hear in the western media propaganda machine, in my opinion all parties involved are perfectly worth each other and that’s why the situation in any of those countries may change from day to day, if one of the sides pulls the wrong string. I’m going to a beautiful and valuable part of the world, both culturally and historically.

Why the expedition to West Asia

This year I’m going to travel around the selected countries of West Asia. In 2013 I was in the Caucasus and in Iran but this time I’m going to Lebanon, Jordan, Israel and Palestine. The entire region, which I never call the ‘Middle East’ I find very interesting but at the same time extremely unstable. This is one of the reasons why I’m going there this year. Next year it might be too late.

Travels in the Muslim world are a big and interesting experience and every time I go there I feel happy that I have a chance to roam around their interesting and beautiful countries. On the other hand, I thank God that I am a Christian and that all Muslims that I meet during my travels are still in their home countries and not in Europe. Under that condition I recommend travelling around Muslim countries.

Plan of my expedition around West Asia 2015

I predict that the whole trip would take me about 1.5 months but it can of course change, because as usual I expect the unexpected. I realize that hitchhiking, short days and the search of the places of interest can take a lot of time. I will also need some time to rest, to do my laundry, write a journal and spent a night in a real bed. To sum up I predict that exploration of all those countries would take me a maximum of 2 months, which I think is enough. At the same time I also want to remind about the ‘Japanese tourist syndrome’, what means that in two months Japanese would probably ‘see’ 20 countries. I of course don’t recommend such a race.

On the way to Lebanon I will stay in Athens for 2 days because I’ll be going that way anyway. I want to see the beautiful Acropolis and all the ancient temples. I am sure that Athens, the cradle of the European civilization, will be beautiful.

Then I’m flying to Beirut and I’m going to travel around Lebanon for about 10 days to 2 weeks. Lebanon has always interested me, especially that because of political reasons it is a rarely visited country. Despite the well-preserved Roman ruins, the Mediterranean Sea, many unique old towns and Arab sweets, all that the occupational TV tells us about Lebanon is a continuous war, the terrorists and Hezbollah. Unfortunately a lot of European white sheep believe that nonsense. 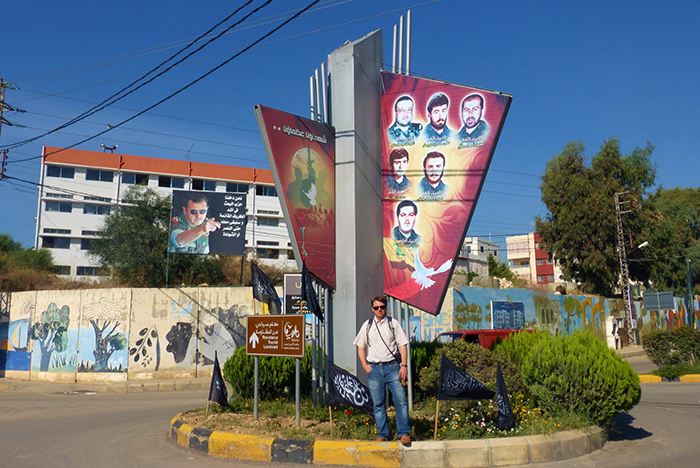 With photos of Shia heroes, who died fighting against the Israeli terrorists. In the background, Syrian President Bashar al-Assad.

Lebanon has also a picturesque Qadisha valley which in addition to beautiful views boasts a Christian cultural heritage in a form of churches built in the mountains. I also expect roadblocks, armed soldiers and possibly even searches by Hezbollah, but Lebanon is their country so they have the right to control it.

After Lebanon I’m flying to Jordan, to a country which is sometimes called ‘Thailand of the Middle East’. I presume it will be easier to travel over there and it might be even the most enjoyable time of my trip. I’m definitely planning to go to Petra for a few days and to the Dead Sea. I’m also planning to spend a few days in the desert of Wadi Rum.

Jordan has well-preserved Roman ruins in Jerash, beautiful hiking trails in the national park of Dana, ancient desert castles and of course camels, Bedouin tea, Red Sea and much more. I intend to spend at least 2 weeks In Jordan and after that I will surely realize that I need to stay longer. After doing my research I‘ve only heard good things about Jordan. 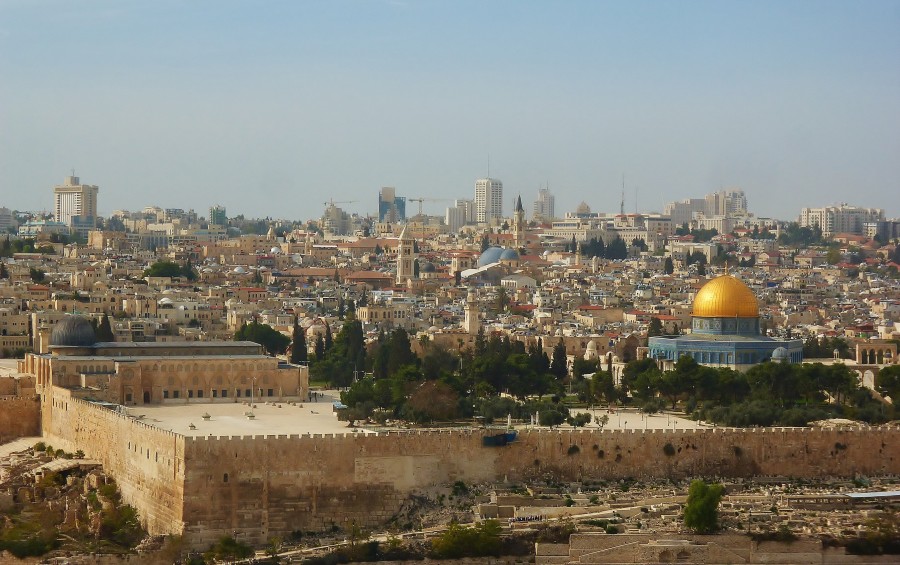 View of the Old Town and the Al-Aqsa Mosque. Jerusalem; Israel / Palestine.

After Jordan I‘m going to Israel, or if someone prefers, to the occupied Palestine. In Israel and Palestine firstly I want to see all the biblical places such as Jerusalem, Nazareth, Bethlehem and Galilee where Jesus commanded Peter to throw his nets on the other side of the boat. I would also like to see the place of birth and a tomb of Jesus and the place of birth of Mary, and also the garden where Jesus was arrested due to Jewish hatred and manipulations. Israel and Palestine I‘m going to get to know from the Christian side, despite the fact that the country has much more to offer.

Israel/Palestine is also the place of horror associated with the Jewish occupation of Palestine and that’s why I want to visit the Palestinian territories and the refugee camps, what proves that Jews expel Palestinians from their own country. I suspect that my journey through Israel / Palestine will be emotional to me as a Christian but it will be also emotional because of the Jewish occupation and its unpleasant results. As in Lebanon, also in Israel I expect to see a lot of roadblocks, barbed wire, a lot of armed soldiers and the infamous wall separating the “chosen nation” from the rightful owners of Palestine.

I am sure that this years’s expedition will also give me a better picture of lies given to us by the European media, even though in my travels it is not about politics but about good adventures and education.

Great Britain and the GREAT betrayal of Poland; part II