This year’s expedition I could easily call “the trip in the financial crisis” because after my return from the four-month expedition in 2011, I’ve not had a permanent job, and further search simply did not make any sense. However, I decided to not to give up, and in spite of bad fate still fulfill my plans. 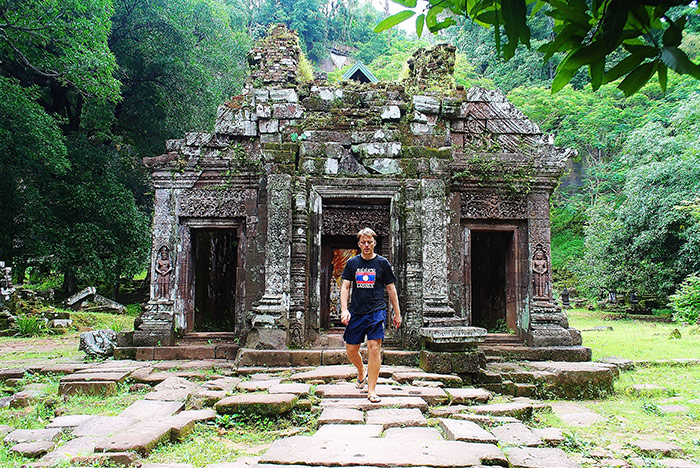 In front of one of the temples of Champasak in Laos.

Over the next few years it will not matter if I had a job or if I could afford it, and my travels I will remember forever. As a starting point I have listed several schools in the countries to which I`m going to, that`s why I might stay somewhere a little bit longer to teach English. I would definitely choose a nice spot, under a palm tree and near the sea. Apart from beautiful scenery and a teacher`s pay, there is also included as much rice as I could eat and superb whole body massages at low prices.

This year I`m also going to South-East Asia, but this time to different countries, and according to the plan only for 3.5 months. However I will stay longer if I get a teaching job.

On the 29th of June 2012 I`m going by the cheapest possible airline (Jet Airways) to Delhi and then to Bangkok. I will stay there just for a day and one night to get a massage and some Thai food. Last year I travelled around Thailand for over 2 months, that`s why now I`m only using it as a transportation hub, but also for food and great massage services!!! 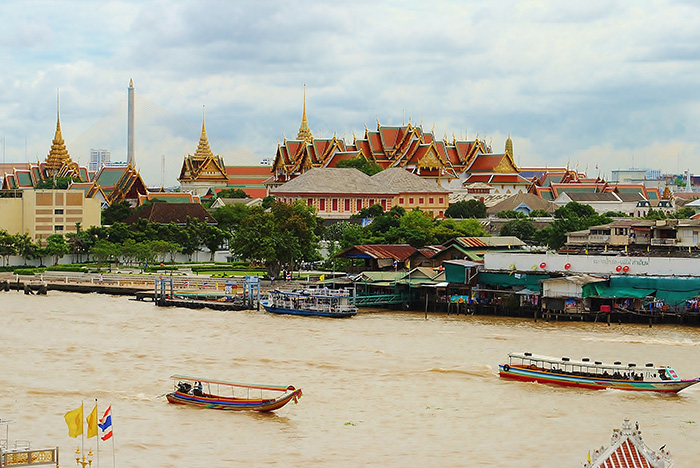 Bangkok, Thailand. View of the Chao Phraya River and the Temple of the Emerald Buddha.

From Thailand I`m going straight to Cambodia for about 3.5 weeks, what I think is enough time to explore this interesting country. Then I`ll take a bus from Phnom Penh and go to Vietnam. Starting from Ho Chi Minh City (Saigon) I will slide around to the north to Hanoi and Sapa, stopping at the most amazing places. I’ve decided to be soft hearted again and I take Monika (the ‘Weasel’) with me, my usual travel companion who always complains and completely ruins my budget. I’ll pick her up from the airport in Saigon, and after one month I`ll take her to the airport in Hanoi – and I’m done with her adventure. 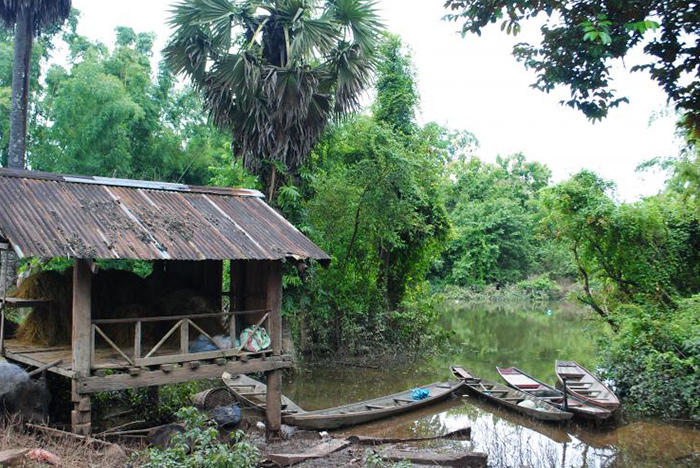 Laos – the land of thousand lakes.

From Hanoi my plan is to take cheap flight to the Malay Peninsula. This time to Singapore, where I intend to spend about 3 days, but I feel that it will be more, because Singapore is a very special place.

Then I will start my adventure in Malaysia, and this time it may prove challenging. I think I’ll spend 2-3 weeks in West Malaysia (Peninsular) and then I`ll fly to the Malaysian Borneo to squeeze sweat in the jungle, climb the highest peaks, kill some mosquitoes, and perhaps visit the orangutans. There will be also paradise islands with palm trees leaning to the sea.

In Malaysian Borneo between the provinces of Sabah and Sarawak I can`t  miss a small country, commonly known as the Sultanate of Brunei. It`s a very small country and unpleasantly expensive, that`s why I’ll be there only for a short time.

After that, I will return to Bangkok to get some more of sweet massage, and I`ll go back home. That`s my plan, although I expect unexpected. If I`m for example stuck in the mud of Borneo or if find a good job (good for rustic conditions) I`ll stay a little longer. According to the plan, I’ll be back on the 14 of October 2012.

Last time I was in most of these countries in 2004, but far too short, that`s why this time I will stay a lot longer.

Either way it will be my next great adventure.

All my travel plans are beautiful, but some of them do come true fully and the other only only partially. If you are interested in the general course of this trip and what and how I was able to accomplish, I invite you to my short journal here. In addition, I recommend my descriptions about the specific countries of South-East Asia. Unfortunately but communism in Vietnam has become a part of the pop-culture and the red gangrene is not being cured.